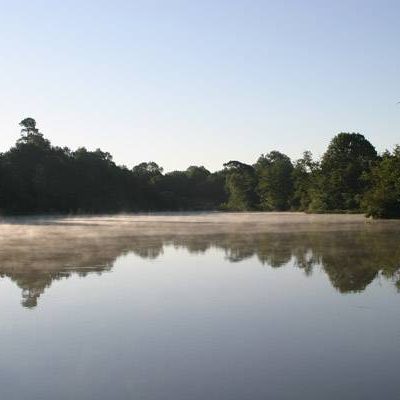 FISHERY OPENING TIMES
The fishery currently opens for day ticket fishing at around 7.00am on weekdays; 6.30am weekends and Bank Holidays. All lakes will be closed on Christmas Day and Boxing Day, but open again on Friday. Current closing time is approximately 4.00pm.

THIS WEEK’S FISHING! (in brief)
A long journey and no transport didn’t deter Chris Bean from getting to Bury Hill for a 48-hour session.
Weighed down with all his gear, he caught a train to London and another to Redhill, only to find that floods had caused line closures and he needed to go back to London and out again to Dorking, taking a taxi to the fishery.
But Chris was rewarded with nine carp during his visit, including a special 19 lb ghost koi, one of the Old Lake’s most distinctive residents.
Bonds Lake is a popular choice among anglers looking for some guaranteed action on these shortest days, and two visitors both had ten carp each on their recent sessions.
Both Alan Derbyshire and Luke Auger were kept busy by the lake’s carp, landing fish to double figures on pellets.
This weekend’s mild spell prompted Temple regular Andy Hall to make a visit, and early in his 48-hour session he banked a brace of carp, the biggest 27 lb.
A special Predator Day has been arranged for Saturday, February 15, which should prove popular with pike and zander anglers.
Rain during last week has added colour to the Old Lake, which always encourages the zander to feed during the daytime, along with the rise in water temperature that comes with it.
Prospects look good for this week, which should be a calm and mild one, with the added bonus of a two-day rest on Christmas Day and Boxing day, providing an increased likelihood of action when it reopens on Friday.
It looks like being a dry and largely calm week with around 8 degrees C by day and lowish temperatures overnight but avoiding a frost, while still offering a good deal of sunshine. Monday should set the pattern, being very sunny with a high of 9 by day, having been 6 overnight from the weekend, and 6 again overnight into Tuesday, which is expected to be less sunny and with a chance of an early light shower, but with a high of 10 under the cloud, holding up at 7 in the evening ahead of the two-day break. Friday’s reopening after an overnight value of 5 degrees should be cloudy with a high of 8, and the same again on Saturday, with 4 overnight into a Sunday of 8, and then similar on Monday and Tuesday week. Winds should start as moderate westerlies on Monday, become a bit stronger on Tuesday, light again and north-westerly on Friday, and light and north-easterly on Saturday, and south-easterly on Sunday, turning back to the west for Tuesday and Wednesday week. So, a settled week either side of the break without any extremes of mild temperature, wind, rain or frost, but with the chance of some action, especially just going into and coming out of the break.

Making an extra effort to get a couple of days fishing proved worthwhile for Chris Bean, whose long journey from Greenwich ended in success.
Taking four trains, and a taxi from Dorking, Chris finally made it to peg 2 on the Old Lake for his 48-hour session, and enjoyed a run of nine carp topped by a special fish.
Chris fished single 15 mm CC Moore Pacific Tuna boilies over ten free offerings around his hook bait for his catch of double-figure carp, which was topped by a 19 lb ghost koi.
After the fishery closure for Christmas Day and Boxing Day, it will reopen on Friday, and next month will host a Predator Day, on Saturday, February 15.
Tickets for the day will be £21, £16 for under-16s and OAPs, and all participants will receive a Gold Label Tackle goodie bag that includes predator rigs.

Lake regular Andy Hall made the most of a drop in air pressure with the arrival of a mild weather front, on south-westerly winds, to fish a 48-hour session this weekend.
And at the time of writing he has already bagged a brace of carp, the biggest being a 27 lb fish, along with one of just under 20 lb, fishing peg 9. More details to follow.
The fishery will be closed on Christmas Day and Boxing Day this week, but reopen on Friday.;

Bonds Lake is a good bet for action at this time of year, when runs elsewhere can be more difficult to come by.
Luke Auger, from Bletchingley, landed ten carp to 13 lb on Wednesday, fishing at peg 5, using a Method feeder and 6 mm pellets cast tight to the island.
And fishery regular Alan Derbyshire, from Epsom, also had ten carp, the biggest an 11 lb common, also on Method feeder cast tight to the island, but with 8 mm Dynamite Baits Washters hook baits, along with groundbait and pellets around the feeder.
The fishery will be closed on Christmas Day and Boxing Day this week, but reopen on Friday.;

Milton Lake is the place to head for if you want tench, bream, crucians and specimen roach, along with a chance of a bonus carp, either on waggler with a running line, or pole close in or up against the lily pads.
Fish can often be lined up with a little-and-often loosefeeding approach, using small baits and very small balls of groundbait, and are particularly active when the weather is mild.
The fishery will be closed on Christmas Day and Boxing Day this week, but reopen on Friday.;