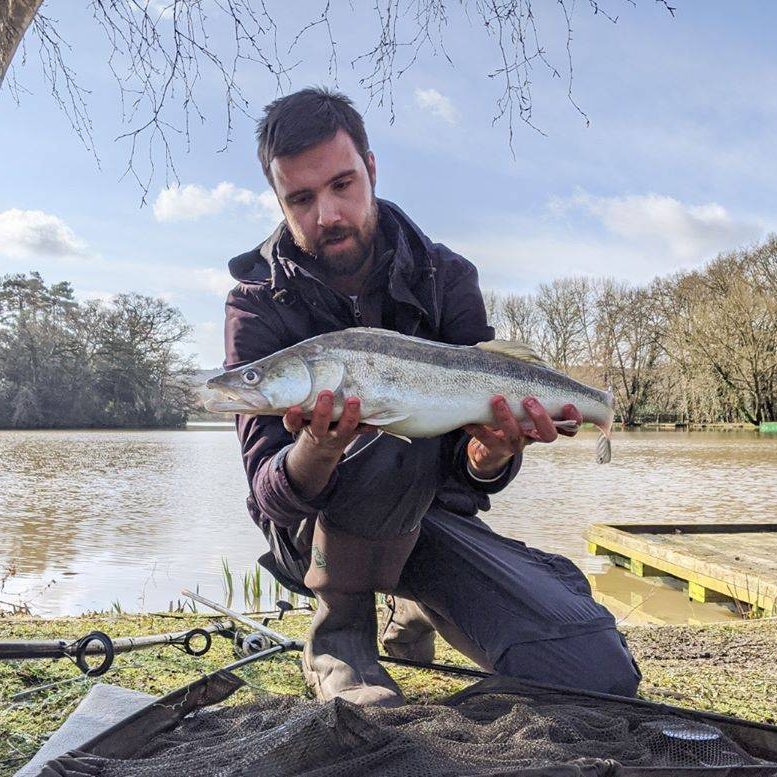 FISHERY OPENING TIMES
The fishery currently opens for day ticket fishing at around 7.00am on weekdays; 6.30am weekends and Bank Holidays. Current closing time is approximately 5.30pm.

THIS WEEK’S FISHING! (in brief)
The start of spring is always a prime time for catching bream, and two match anglers sharing a pleasure session showed just what can be achieved.
Tony Morris and Mark Hathway landed 73 fish between them, weighing an estimated 200 lb, all on feeder and maggots.
And there was a 48 lb matchwinning catch in the West Ewell club contest, Mike Newland taking the honours, from peg 9.
The lengthening days and milder temperatures certainly contribute to increasing the willingness of the fish to feed, so any mild spell should be seen as a chance to get in on the action.
Three more ‘twenties’ from Temple suggest that the lake’s carp are also becoming inclined to feed, Roger Amer, Tony Sawyers and Tony Vary all enjoying success.
As the days get longer, so sport on Milton Lake picks up, and there are now good numbers of crucians and tench being landed, Mike Johnson landing six crucians and three tench, along with some sizeable roach and rudd, on waggler and single maggot.
The recent mild spell is due to give way to colder nights from midweek onwards, though a high of 13 degrees C is forecast, before the slide.
There’s a largely dry week in prospect for the final one of winter, with a mixture of sunshine and cloud cover, and light winds for the first half, becoming stronger later in the week.
Monday should be the sunniest day of the week, with hardly a cloud in the sky, and a high of 11, with 4 overnight into a mix of cloud and sunshine on Tuesday and 12, holding at 7 overnight into Wednesday and the mildest day of the week, at 13, due to the thick cloud, staying at 6 overnight into a cloudy Thursday of 10, with 5 overnight in a cloudy Friday of 8, with a chance of a short shower at midday, down to 4 overnight into a sunny Saturday of 9, falling to 3 overnight into a sunny Sunday of 7, but down to 1 into Monday week and the same the following night. Winds should start as lightish westerlies, becoming stronger south-westerlies on Tuesday and Wednesday, light north-easterlies on Thursday as a change takes place, strengthening on Friday and Saturday as they become more easterly, and very strong easterlies on Sunday, Monday week and beyond. So, a calmer and drier week with a mild window on Wednesday and Thursday before some chilly nights and easterly winds.

Fresh from landing a 3 lb 6 oz crucian carp in an Old Lake match earlier this month, Tony Morris enjoyed another memorable session, this time pleasure fishing for bream.
Tony and fellow matchman Mark Hathway landed 73 bream for around 200 lb of fish to 4 lb during their Wednesday visit.
Tony had 43 and Mark 30, all on feeder and maggot hook baits on the Front Bank.
The West Ewell club contest on the Front Bank was won by Mike Newland, who fished pole at peg 9 for 48 lb 4 oz of bream to 5 lb.
Runner-up was Ray Smee with 47 lb 8 oz on pole and maggots, ahead of his travelling partner, Ian Farmer, with 46 lb 12 oz.
Just before the predator season closed last Saturday, Adam Bolton achieved an ambition by catching his first zander, after several attempts.
Adam landed the fish of about 4 lb 8 oz on the last but one day of the season, having made an early start, on a freelined one-inch roach head two rod lengths out, in bright sunshine, after baiting up with breadcrumbs soaked in Predator Plus liquid, fishing by the Boathouse.

After last week’s three ‘twenties’ for David McCallum, there were three more this week, to three different anglers.
Roger Amer had a 29 lb 10 oz mirror from peg 13 on Wednesday during a 12-hour session, on a 15 mm Sticky Baits Manilla boilie.
Bailiff Tony Sawyers landed a 28 lb 10 oz common on Friday from peg 1, on a single 10 mm JHBaits offering over a scattering of pellets.
And Tony Vary, from Uxbridge, had a 25 lb 8 oz mirror on Wednesday, on a Sticky Baits Manilla boilie.

Mike Johnson, from Rudgwick, landed six crucians and three tench, along with some roach and rudd, on waggler and single maggot on a size 20 hook, firing maggots over the top and feeding occasional tiny balls of groundbait.