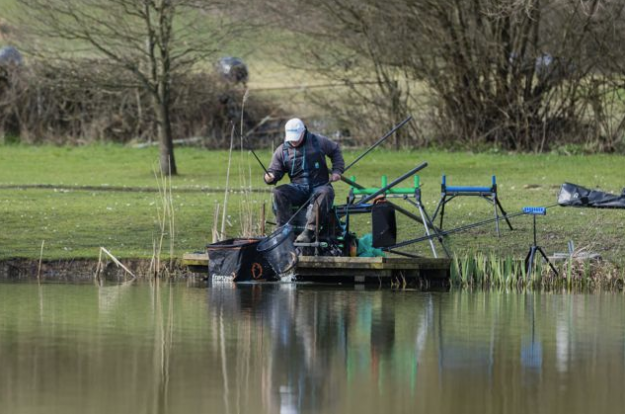 Milton Lake Latest Catches week ending 22/12/19 Milton Lake is the place to head for if you want tench, bream, crucians and specimen roach, along with a chance of a bonus carp, either on waggler with a running line, or pole close in or up against the lily pads. Fish can often be lined up… 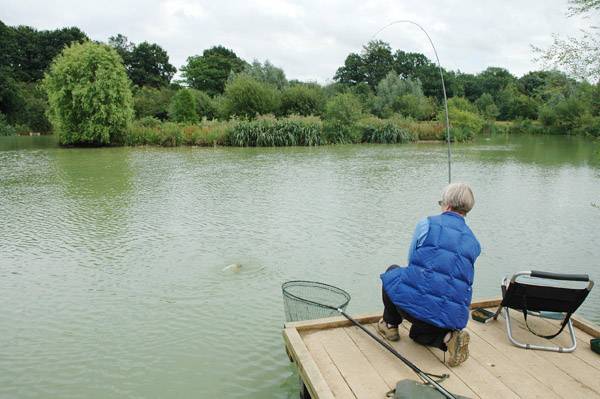 Bonds Lake Latest Catches week ending 22/12/19 Bonds Lake is a good bet for action at this time of year, when runs elsewhere can be more difficult to come by. Luke Auger, from Bletchingley, landed ten carp to 13 lb on Wednesday, fishing at peg 5, using a Method feeder and 6 mm pellets cast… 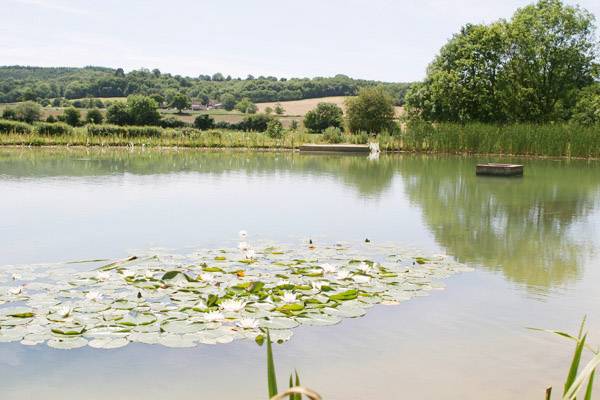 Temple Lake Latest Catches week ending 22/12/19 Lake regular Andy Hall made the most of a drop in air pressure with the arrival of a mild weather front, on south-westerly winds, to fish a 48-hour session this weekend. And at the time of writing he has already bagged a brace of carp, the biggest being… 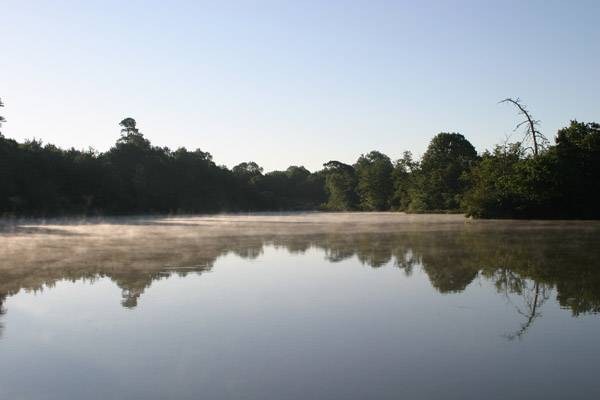 Old Lake Latest Catches week ending 22/12/19 Making an extra effort to get a couple of days fishing proved worthwhile for Chris Bean, whose long journey from Greenwich ended in success. Taking four trains, and a taxi from Dorking, Chris finally made it to peg 2 on the Old Lake for his 48-hour session, and…

THIS WEEK’S FISHING! (In brief)

We’ve just had a chilly week after the balmy temperatures of the week before, which has meant challenging conditions, particularly for carp and bream anglers, though predators rods still managed a few fish.
The first sub-zero overnight temperatures in late autumn always hit the fish hard and make them lose their appetite temporarily, and last week there were even a few snow flurries to cool things further.
But milder weather has returned, following Sunday’s super moon, with temperatures double the 4 or 5 degrees that we had before the weekend, and the few days of near-double-figure values will provide fish with a welcome opportunity to feed before a return to more normal December temperatures going into the coming weekend.
It’s a good opportunity to get some action before the next cool spell, with carp and bream especially, though the zander seem willing to feed in even the chilly weather.
Peter Kerekes, from Newhaven, landed an unweighed fish that looks close to double figure, on a recent visit, and Octavian Groza sent in pictures of his 9 lb zander, which was part of a three-fish catch on a lure.
We’ve entered another ‘balmy’ spell of weather that promises 12 degrees C on Thursday and 10 on Wednesday, which will be a welcome feeding opportunity for all species after last week’s chill. And from Thursday night onwards the cold is set to return, so if the fish can tell it’s coming they could well be making the most of the higher values before the cold takes the edge off their appetite. The super moon on Sunday is bringing the change from frosty to mild, Monday and Tuesday looking likely to give 8 degrees, with 5 at night, Wednesday into Thursday expected to be the warmest night, at 7 degrees. But Thursday into Friday looks to be 1 degree, followed by minus values for the two night following that, and 4 degrees by day. Winds look set to start as moderate north-westerlies, becoming westerlies on Tuesday and south-westerlies on Wednesday, strengthening that evening, easing back again on Thursday evening and becoming more westerly. There is little rain in the forecast apart from on Thursday, when showers are likely through the day, some of them heavy, the cloud and rain providing the mild temperatures and a generally very fishy feel to the weather, before sunshine accompanies the change to chilly days and nights the following day, as the cloud cover drifts away. And this chilly spell could last for quite a few days, from Friday into the week after, with perhaps no more than 2 degrees by day and minus values every night, though with lots of sunshine.

• The predator fishing season began on October 1 and continues until March 14.

• Anyone who fancies being part of the night syndicate of anglers who are allowed to fish Temple and the Old Lake after dark for a £50 joining fee will be interested to hear that there are places available. To apply, get in touch with the office on 01306 883621.

• Anglers are reminded that fishing on Temple and night fishing on the Old Lake is available exclusively to members of the Bury Hill Specimen Carp Club. Membership cards must be carried at all times when on the fishery, and be available to bailiffs when they carry out checks prior to the evening lock-up.