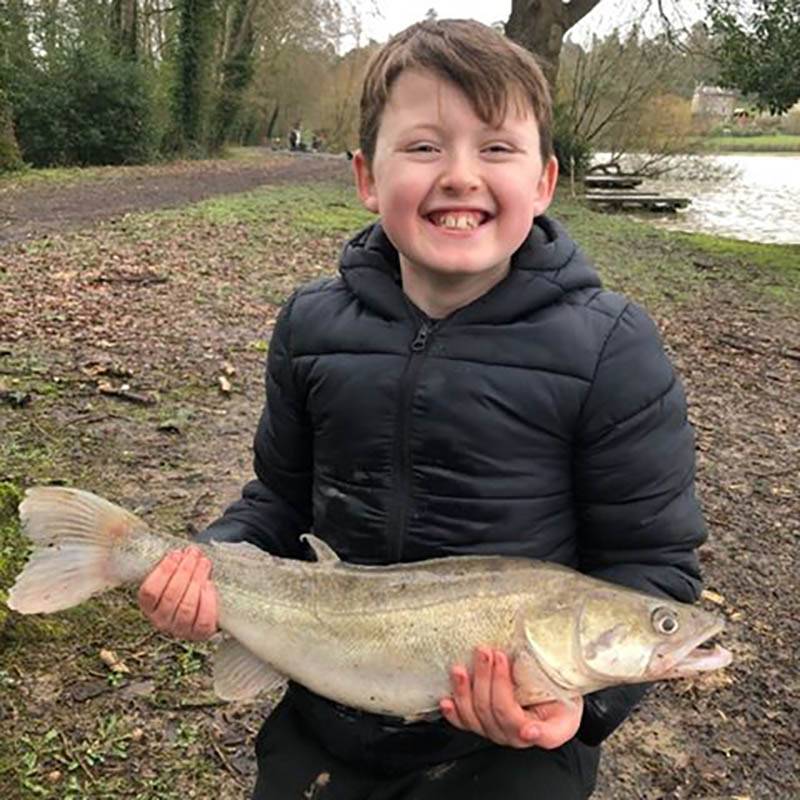 THIS WEEK’S FISHING! (in brief)
Although the recent weather has been challenging, the Old Lake’s bream have found it to their liking, providing good catches for match and pleasure anglers.
Two anglers from Streatham shared a 15-fish catch from the middle of the Front Bank, and also had a 6 lb tench, which are showing up more regularly every week.
This final month of the zander and pike season often produces the biggest fish, and Chris Ward got things started in style with a personal best 9 lb 12 oz zander, while his nephew had his first ever zed, of 6 lb.
The carp are very catchable for those willing to brave the weather, Old Lake regular Paul Benefield landing nine on an overnighter, the biggest 24 lb.
And on Bonds Lake there are fish willing to feed, lake regular Alan Derbyshire landing six carp on Method feeder cast to the island.
The succession of weather fronts barrelling in from the west continues this week, bringing a familiar pattern of wet and windy weather for a day or two and double-figure highs, interspersed with a day or two of calmer conditions in the lulls between storms, but with temperatures dropping to near freezing.
After Sunday’s high of 14 in rainy and windy weather, temperatures should stay at 11 degrees C on Monday as the next front moves through, bringing heavy rain for most of the daylight hours, but drying up at nightfall, staying at 4 overnight into a much drier and more sunny Tuesday of 8, but falling to 1 overnight under the clear skies before another sunny day on Wednesday, but with a bit more cloud, and 7, then zero overnight into a dry and cloudy Thursday of 7, with 4 overnight into a damp Friday of 10, then 5 overnight into a largely dry and sunny Saturday of 8, but falling to 1 overnight into a Sunday of 6, but still dropping to freezing that night. Winds should start the week as moderate westerlies, but on Monday become strong south-westerlies as the storm comes through, easing overnight to moderate and becoming more westerly for Tuesday, the same on Wednesday as the tail end of the storm moves through, and then falling light and south-westerly on Thursday, strengthening again late on Friday afternoon and becoming stronger again and more westerly on Saturday, a bit lighter on Sunday and Monday week. So, a mixed bag of weather, with some fishy winds but some frosty nights, though Friday and Saturday should provide a couple of largely dry and frost-free windows of opportunity with enough wind to stir things up.

When the Old Lake bream are willing to feed in numbers, it’s a sure sign that the temperature is on the mild side, even if the wind and rain can make things difficult.
Two anglers from Streatham, Harry and Alan, shared a catch of 15 bream and a 6 lb tench from peg 11 on Friday, making short casts with a maggot feeder and three red maggots on a size 16 hook.
The third round of the Geoff Vallance league, on Saturday, was won by Paul ‘Tommy’ Hiller with 41 lb of bream, fishing peg 12 on the Front Bank with feeder at first and then pole.
And the Steve Gardener Wednesday league match was won by Ray Brewster, who had 31 lb 4 oz from peg 19, on maggots and soft pellets.
Runner-up was Steve himself, with 30 lb 8 oz from peg 32, and Mark Hathway was third with 27 lb 14 oz, from peg 21, ahead of Paul ‘Tommy’ Hiller with 20 lb 8 oz, from peg 10.
Most of the weights came on pole and maggots or pellets.
With just three weeks left of the predator season, catches of zander have been improving, topped by a near-double-figure fish from the Long Bank.
Chris Ward, from Bexleyheath, brought his ten-year-old nephew Sid, and in addition to Chris’s personal best fish of 9 lb 12 oz, Sid caught his first ever zed, weighing 6 lb.
The pair were fishing at peg 40 and using float fished lamprey sections.
Also in action were fishing friends from Colchester Mark and Bob, who shared a catch of six zeds on Thursday, three each, from pegs 16 and 17 on the Front Bank, all of them of 5-6 lb.
They also had a bonus 4 lb pike, and got a good number of runs, all on roach or mackerel sections on a wet and windy day that they ended at 2.30pm.
And on the carp front, Paul Benefield showed how it should be done by having a good look round when he arrived at lunchtime on Sunday before setting up on the Front Bank and catching nine carp on his overnighter.
The biggest fish weighed 24 lb, and all fell to A2 Baits balanced wafters, early evening and the morning being the best times.

A slower week for reported catches on Temple, but with some milder temperatures forecast for the end of this week, along with strong winds, there should be a good chance of some more action before temperatures take a dip again.