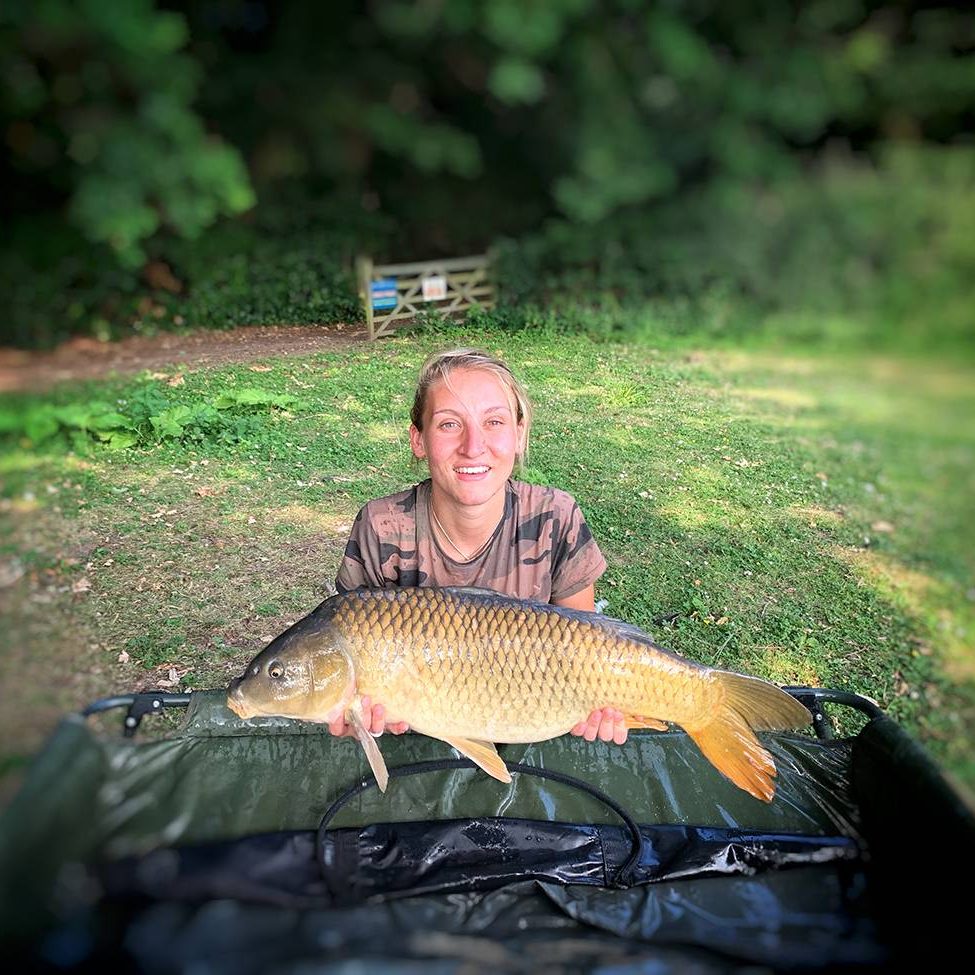 THIS WEEK’S FISHING! (in brief)
When the weather is warm, Milton Lake seems to fish at its best, and in a week when temperatures look set to reach into the 30s, it’s a prime place to head for.
Lake regular Alan Derbyshire was on his favourite peg 2 on Saturday, and he landed 40 crucians and ten tench, fishing an 11-metre pole and expander pellets.
The Old Lake carp also seem to like warm conditions, two anglers fishing separately banking 17 carp each in the past week, the biggest 22 lb.
Temple added to its tally of 30s again this week, Ray Harding ending a run of two lost fish with a 30 lb 12 oz common.
And the Old Lake bream are as accommodating as ever, pleasure angler Karl Graham landing 30 of them on Method feeder and wafters.
It’s been three weeks since the thermometer went past 30 degrees C, but it looks set to do that this week, and stay that way for a run of three days, before a fall back to 23 for the weekend.
Monday looks likely to bring the first jump in values, by a couple of degrees to 25 and a cloudy morning followed by a sunny afternoon, with 15 overnight into Tuesday, when the real heat arrives, promising at least 30 and sunshine, with a balmy 20 overnight into more sunshine and 28 on Wednesday, with 17 overnight into a Thursday of a bit more cloud but 29, and 17 overnight into a cooler but still sunny Friday of 23, with 15 overnight into a sunny Saturday of 22, and 14 overnight into a Sunday of the same. Winds should start as gusty south-westerlies, becoming lighter south-easterlies on Tuesday, swinging back to light-to-moderate south-westerlies on Wednesday afternoon, then more southerly on Thursday and westerly on Friday, still no more than moderate, a little lighter and still westerly on Saturday and very light on Sunday. So a blast of summer heat through the week, before a return to more normal temperatures for the weekend, and dry and pleasant throughout, perhaps more pleasant outdoors than indoors in midweek, sitting downwind of a cooling lake breeze under a shady tree.

July is a good time for multiple catches of carp on the Old Lake, as two anglers proved on separate visits this week.
Stephen Spear has had some good catches on previous visits, and this one followed the same pattern, producing 17 carp, six of them mirrors, the biggest an 18 lb 12 oz common, one of three 18s, during the Crawley angler’s 72-hour visit.
Fishing peg 14, Stephen used 18 mm Sticky Baits Bloodworm boilies with ten baits in a PVA bag with each offering, spodding into open water, and also to the tip of the island, delivered by bait-boat.
And Nick Ridge enjoyed his annual week-long visit in his favourite peg 2, landing 17 carp, the biggest a 22 lb common, on single 18 mm Solar Club Mix boilies dipped in Solar TunaMino flavour.
Nick teamed up with Lilleymae Perry during her three-night session, sharing nine fish in the first 30 hours, which included two PBs for Lilleymae, one of which was caught on Nick’s rod after he managed to end up in the water.
Her five fish included that ‘shared’ 21 lb 8 oz common, and the successful bait was Mainline Banoffee balanced wafters soaked in matching Hookbait Enhancement, over a few Spombs of boilies, hemp and corn.
The Old Lake bream are also very catchable at the moment, Karl Graham landing 30 of them to 4 lb during a pleasure session.
The Crawley angler fished peg 36 on Saturday with a method feeder and 10 mm Ringers Chocolate Orange wafters, casting five metres from the island, where the water is a bit deeper.

Temple regular Ray Harding ended a run of two lost fish with a 30 lb 12 oz common, after deciding to stay on for a few more hours.
Fishing peg 9 at the weekend, Ray used 15 mm Mainline Cell bottom baits tipped with 12 mm Cell pop-ups over around 15 freebies.
And Terry Wood didn’t have long to wait for some action during a daytime session at peg 3, a big common carp picking up his bait just two hours after he arrived.
Without any scales, Terry doesn’t have an exact weight, but says it was 25 lb-plus, and it took a 15 mm Maple wafter with a PVA bag and he fed around 50 freebies over the top.

Summer is the time when Milton Lake seems to come into its own, as regular on the water Alan Derbyshire showed with his latest catch, from favourite peg 2.
Alan, from Epsom, landed 40 crucians and ten tench, the biggest 5 lb, along with two nice roach, on 11-metre pole and yellow 4 mm expander pellets, feeding 2 mm expanders and small balls of groundbait by cupping them in regularly.
He fished slightly overdepth, to counter the slight undertow in the water, and got through three-quarters of a pint of feed.
And Steve Robinson from Fine Line angling store, in Tooting, had 15 crucians to 2 lb and six tench to over 5 lb, along with a bream and a rudd, from peg 3 on Monday on a small waggler and worms.
His mate, Peter, fishing peg 4, had 13 tench to 4 lb 7 oz and nine crucians, fishing a pole in the margins.