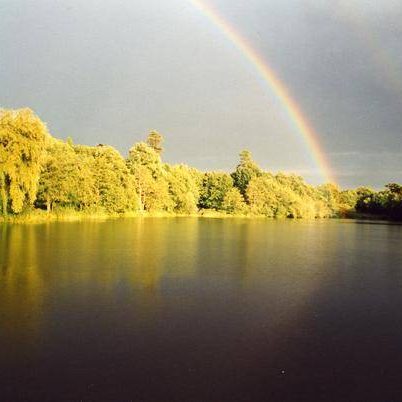 • Bream back on the feed after midweek chill
• 16 lb wins match on Wednesday but 36 lb on Saturday
• Ten carp to 9 lb on Bonds on Method feeder
• Tickets still available for Predator Day on Feb 15
• Some chilly nights forecast in midweek, but double-figure daytime values for the weekend

FISHERY OPENING TIMES
The fishery currently opens for day ticket fishing at around 7.00am on weekdays; 6.30am weekends and Bank Holidays. Current closing time is approximately 4.30pm.

THIS WEEK’S FISHING! (in brief)
Low temperatures in midweek made sport a struggle for the latest Steve Gardener Wednesday Open, but just three days later things were back on track.
The 20 anglers who fished Steve’s match struggled to break double figures, after two cold nights, and Pete Turnbull’s 16 lb 8 oz was enough to win.
But on Saturday, the Geoff Vallance contest was won with 36 lb 8 oz, by Wayne Hughes, as double-figure temperatures introduced a mild spell.
The carp in Bonds are not put off by a bit of chilly weather, as Alan Derbyshire showed by landing ten to 9 lb on Wednesday, on Method feeder.
There are still places for next month’s Predator Day, on Saturday, February 15.
Tickets are £21, £16 for under-16s and OAPs, and all participants receive a Gold Label Tackle goodie bag that includes predator rigs.
There’s a similar pattern to the weather forecast for this coming week as we had last week, with a dip in midweek due to a big area of high pressure that is likely to bring frosts, but a quick recovery to provide double-figure values by the weekend, and it looks like being a largely rain-free week.
Monday looks set to be dry and sunny in the morning and a bit more cloudy in the afternoon, with a high of 10 degrees C, and 4 overnight into another dry day with less sunshine and more cloud on a Tuesday of 9, but then a dip overnight to 2, recovering to 8 degrees on a more sunny Wednesday, but then 2 again overnight under the clear skies, with another similar dry and sunny day on Thursday of 8, with 3 overnight into a day of unbroken sunshine on Friday as the high pressure peaks, with 9 degrees, and staying at 5 overnight as cloud returns, before a cloudy Saturday of 10, with 5 again overnight into a Sunday of 12, but then down to 4 overnight as the Full Moon appears, bringing with it a week of frosty weather. Winds should start as moderate westerlies this Monday, becoming a bit stronger and moving to north-westerlies on Tuesday, falling to light on Wednesday and more westerly again, before becoming south-westerly in the evening and staying that way and light on Thursday, a bit more southerly on Friday but still light, and more south-westerly and light on Saturday, but increasing in strength to strong in the evening and into a blustery Sunday and Monday of westerlies, fading on Tuesday and Wednesday of that week. So, weekend anglers are favoured once again, with some balmy temperatures expected for next weekend, but make the most of them because the Full Moon next Sunday will herald a proper run of February frosts that the fish will need time to adjust to.

When we get a sustained run of cold weather, with ice on the lake, which is likely in the week after this one, the bream seem to get used to it after a few days and can be caught even after several sub-zero nights.
But a quick dip to not much above zero followed by a fast rise back up to mild temperatures makes for difficult fishing, followed by a feeding spree, as if the fish know that an improvement is around the corner and wait for it to come along.
Steve Gardener’s match on Wednesday was won by Pete Turnbull, from Leatherhead, with just 16 lb 8 oz, from peg 21.
The next nearest weight was 9 lb, by Steve Collins, from peg 9, and then Steve Gardener himself with 7 lb 2 oz from peg 6, these being the best weights from a field of 20 experienced anglers.
But roll forward the clock to Saturday and Wayne Hughes won Round One of the Geoff Vallance series with 36 lb 8 oz of bream, on feeder or pole, from peg 14.
Runner-up was Paul ‘Tommy’ Hiller with 36 lb 6 oz, from peg 1, ahead of Geoff himself with 34 lb 12 oz from peg 11, and Arped Sabian, with 31 lb 7 oz from peg 4.

A slower week for reported catches on Temple, but the milder spell forecast for this coming weekend could bring some more action, before temperatures take a dip again.

Alan Derbyshire continued his run of catches with another ten fish, from 5 lb to 9 lb, from peg 5, on 8 mm Mainline Cell boilies with a Method feeder cast tight to the island, and he reported that there were fish showing, even in the chilly Wednesday temperatures after a couple of cold nights.