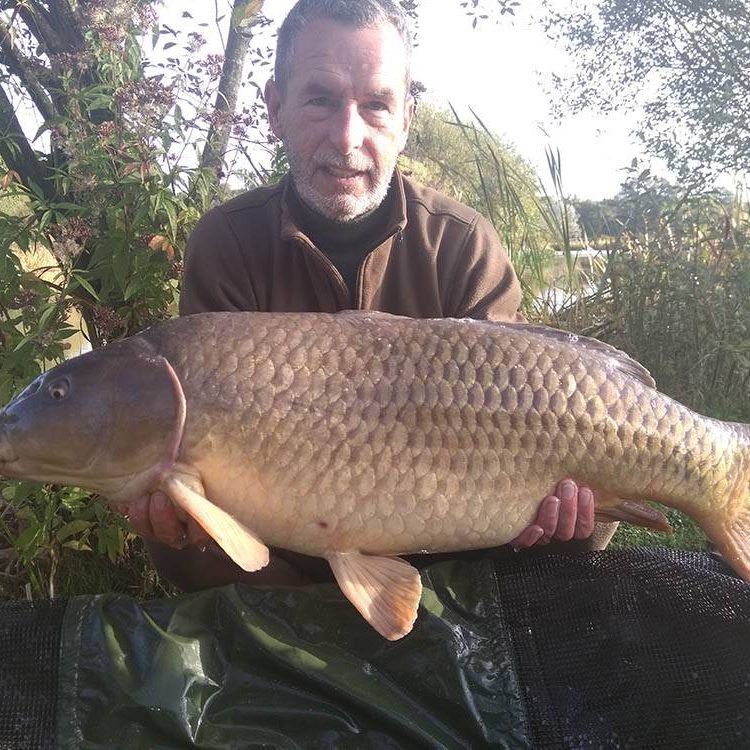 • Great start to zander season with fish to 12 lb
• Two zed doubles and multiple catches as well as sizeable pike
• Two ‘thirties’ to 34 lb, one in a catch of five PBs
• Alan Derbyshire’s enjoys success on Milton and Bonds
• Pictures of Joe Holdsworth’s brace of Temple ‘thirties’

The fishery currently opens for day ticket fishing at around 7.00am on weekdays; 6.30am weekends and Bank Holidays. Current closing time is approximately 6.30pm.

THIS WEEK’S FISHING! (in brief)
The first full week of the new predator season was worth the wait for pike and zander anglers, as it produced fish to 12 lb and multiple catches.
Heading the successes was the 12 lb zed landed by Adam Rogers, trying his hand at zander fishing instead of his usual carp, while Duncan Charman reported a 10 lb zander on a guiding day with clients, along with sizeable pike, and there was a 9 lb 14 oz fish for new member Pete Williamson.
Temple Lake continues to fish well, producing up to five fish per angler, the biggest reported 34 lb.
Lake regular Mark Savage landed the 34 lb common, and a few tips passed on to lake newcomer Lilleymae Perry led to her catching five personal bests, the biggest a 30 lb 3 oz common, leaving her feeling “over the moon”.
And fishery regular Alan Derbyshire had successful sessions on Milton Lake and Bonds, using a pole and fine tackle to land ten crucians on Milton, and Method feeder and pellets for seven carp on Bonds.
It is looking like a week of sunshine and showers to come, with an average high of 15 degrees C and overnight values saying in double figures or just under for most of the week, but slipping on Saturday night as we enter a drier, brighter spell. Monday is likely to be the wettest day of the week, with a high of 16 and just a chance of some evening sunshine, staying at 11 overnight into a dry but cloudy Tuesday of 15, with 11 overnight into a wet and overcast Wednesday of 15, with 9 overnight into a sunnier but still showery Thursday of 14, with 10 overnight into a sunny but damp Friday of 14, with 10 overnight into a drier and sunnier Saturday of 14, falling to 6 overnight into a Sunday of 12 and then single-figure nights every night and dry, sunny days for the week after, as we head towards the first frosts. Winds should start as moderate easterlies on Monday following the Hunter’s Full Moon, but lighter on Tuesday and becoming south-westerlies, then stronger south-westerlies on Wednesday, moderate on Thursday, stronger on Friday and still south-westerlies, lighter on Saturday and stronger and turning north-westerly on Sunday, halting the pattern of wet south-westeries. So, some good fishing conditions, with plenty of overcast skies but with some pleasant sunny intervals, favourable winds and the wet weather becoming drier as the week goes on.

The start of the predator season is usually a prime time for good catches, before the fish wise-up to being fished for after the six-months lay-off.
And this year was no exception, producing plenty of fish and the added bonus of at least three specimens, the biggest 12 lb, to a carp angler trying his hand at zander fishing.
Adam Rogers was fishing peg 75, round the back of the island, and he had another two fish along with it.
Angling guide Duncan Charman had a successful visit with a couple of clients, banking a 10 lb zander and six others to 6 lb, along with two double-figure pike.
Duncan set up at peg 42, on the Long Bank towards the Bay, and the fish fell to sardine sections.
Zander specialist Mike Holcombe, from Godalming, also fished the Long Bank, at peg 34, and landed six zander to 6 lb in daylight, the successful tactic being small roach sections freelined on a very light rig with a low-resistance bobbin, and striking indications early.
And new member Pete Williamson made a memorable start to the predator season, landing a 9 lb 14 oz zander from peg 11, on the Front Bank, in the late-afternoon, on a small section of roach.

Mark Savage was in action again, landing a 34 lb common from peg 9 on a Mainline Activ-8 pop-up over free offerings glugged in Liver Extract, along with pellets.
Mark gave Temple Lake newcomer Lilleymae Perry some advice on where to cast after her first ever night there, on peg 1, on the down-wind bank, had produced a blank.
The result was five fish, all of them commons and all of them personal bests, weighing 30 lb 3 oz, 27 lb, 26 lb 8 oz, 25 lb 4 oz and 23 lb, on Mainline Cell wafters over whole, chopped and crushed matching bottom baits in Smart Liquid, “pushing my skills to the limit and the reward was amazing.”
And Andy Hall added to last week’s two ‘twenties’ to 27 lb 14 oz with a 22 lb 8 oz fully scaled as he was packing down on peg 9.
Andy fished a snowman presentation over six 15 mm baits and a pouchful of 12 mm to “put the cherry on top of the cake to end a very productive and still testing last few sessions.”
Two weeks ago we reported how Joe Holdsworth had landed a brace of ‘thirties’ and a brace of ‘twenties’, the biggest being Two Tone at 34 lb 8 oz, which he caught last May at 35 lb 10 oz. Joe has sent us the pictures, which are posted here.

Brian, from Chessington, landed 11 carp from peg 5, the biggest a low-double, on a small Method feeder and 8 mm yellow neutral buoyancy boilies.
And Alan Derbyshire had seven to 8 lb from peg 18, on a Hybrid feeder and 8 mm pellets, feeding micro pellets and groundbait.

Alan Derbyshire was in action again, this time fishing an 11 m pole and single red maggot on a size 20 hook at peg 22 for ten crucians, some skimmers and small perch, cupping in walnut-sized balls of groundbait and 2 mm pellets.